I've got good news and I've got bad news -- I'll drop the bad news first, womp womp. The tractor, which was dry as a bone with no leaks when DH inspected it at the dealership prior to purchase, definitely sprang a minimum of SIX concerning leaks after his day of light use on Saturday after they dropped it off. Thankfully, we parked it on concrete and were able to catch them quickly, so he called the dealership first thing on Tuesday morning before they even cashed the check. Despite assuring him at the time of purchase that they would work with us if there were any issues, they were uninterested in fixing the leaks or giving us enough of a refund to have it done ourselves... so the tractor is going back to them (to be run through an auction), and my check is coming back to me... DH is very sad, he LOVED that tractor for the several hours he ran it over the weekend. I guess the good news is he did get the round bales stacked and the manure pile tidied up before the issues became apparent. Back to the classified ads for him! 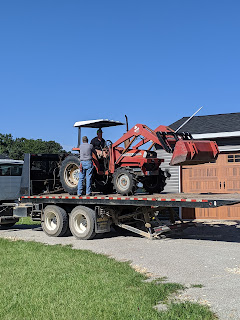 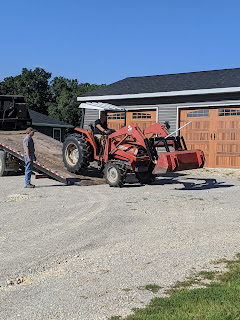 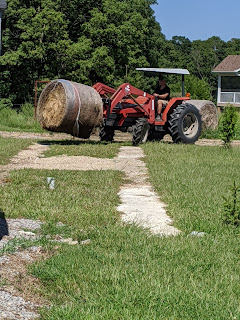 The good news is that we put up another few hundred bales of hay over the last few weeks, and have our alfalfa for Jack on reserve, just waiting to go pick it up :) always nice to be comfortably set on hay heading into the cooler days of fall. Especially since fall temps have made an appearance this week!

We also got to have a fun riding excursion over LDW. My mom came over Sunday and we hauled out to the Katy Trail. It's not the most exciting trail in the world, but since my mom was riding Jack, we didn't want to do anything strenuous. Upon checking over the trailer before leaving, we discovered that one of the bearings needed to be replaced (why is it always something?), so we ended up borrowing my neighbor's trailer instead (thank God for him, right?). It was a low key ride and the horses has a good time (minus the time we got passed by some recumbent bicycles and Ruby was SO SURE they were going to murder us all haha). 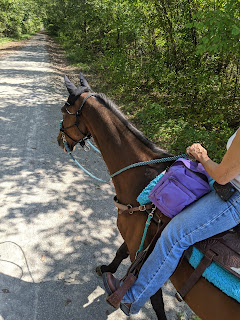 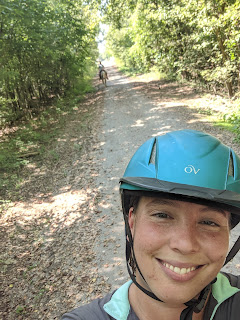 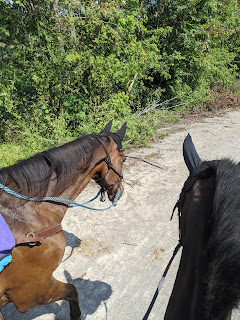 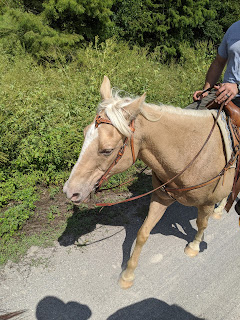 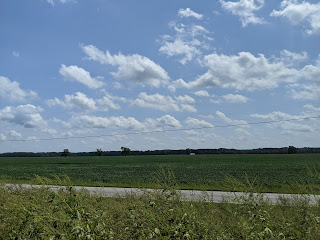 Monday we thought we would be picking up the alf, but that got delayed a little, so we headed out for what might be the last weekend on the river! Since it was going to be a short trip and we hoped for a relatively empty sandbar, we took Cici along. She is getting practice at being a good "river dog" :) 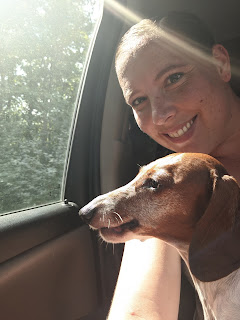 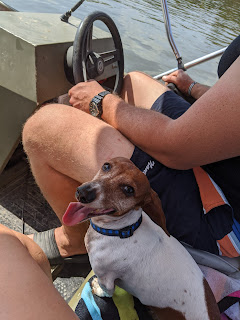 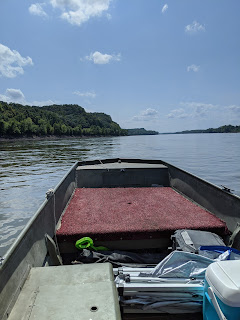 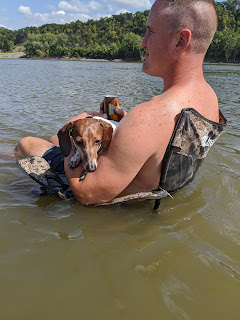 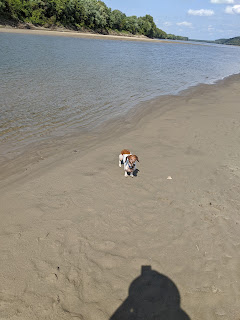 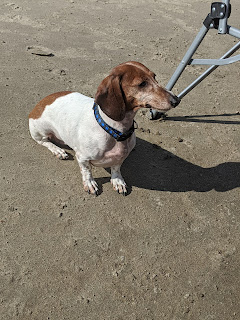 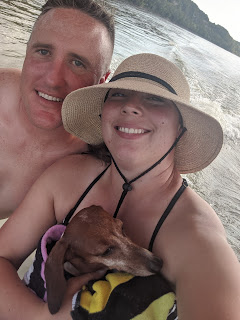 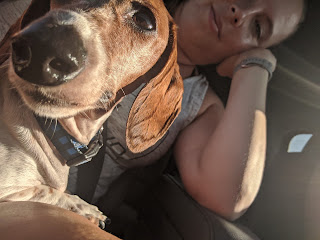 Her favorite parts were running around on the sandbar like a lunatic and begging for hot dogs (but turning her nose up at chips and pretzels -- so spoiled!). Her least favorite part was the small child who insisted on petting her and then smearing sand all over her (even though both his mother and I told him to stop). I feel ya Cici, children are also my least favorite part of the sandbar.

What a lovely weekend full of so many of my favorite things! Annnnnd then back to the grind Tuesday. Womp womp. At least the weather has turned lovely and fall-like -- I spent Tuesday evening sitting on my porch reading a good book listening to the rain. It was lovely. I think the sunrise is finally late enough that I can use my Pivo in the mornings, so maybe I'll try that out this week!