Clearly my idea to dig out some photos and do tack reviews last week was a bust, which is really a shame, since the weather wasn't much good for anything else!
I mostly focused on keeping the horses comfortable all week, and catching up on some of the inside chores I've been ignoring. Facebook's "On This Day" reminded me that it was this time last year that Jack stopped sweating. Thankfully, our solution from last summer, AniMed SweatAgain, still seems to be working this year. He's lost a bit of weight with the heat and has been noticeably off a few times, but still seems reasonably happy and content for the moment.
Ruby has been playing an annoying game of "lose my fly mask in turnout", so she currently has 4 fly masks at the barn to hopefully make the BO's life a little easier. Almost every time I go out I make a trek through the turnout checking for lost items. The old barn had pretty small turnouts, so finding lost items was a lot easier -- not that I'm complaining about the nice big grass turnouts now, but it does complicate finding lost articles of clothing... haha.
At any rate, Ruby is looking fantastic. I did make it out earlier this week to lunge her, and she was a cuddlebug. Although she was sporting some nasty mud dreadlocks, ugh. I really wanted to bathe her this week and try out the EquiFuse Rehydrinse that I bought a while back (DIY Horse Ownership did a really good review of it, which got me interested). But alas, our forecast calls for significant rain tomorrow, so it seemed silly to get her all cleaned up just to let her get coated in mud again. So I'll take a rain check (hardy har har) on that. 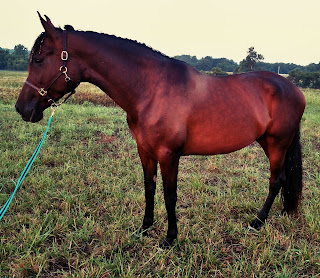 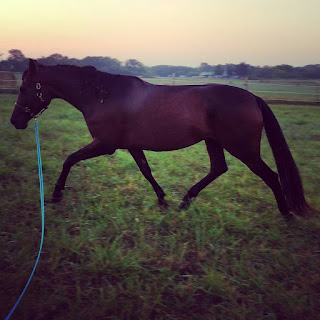 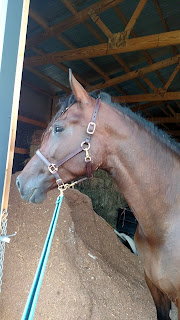 Cinna hasn't done anything but play pony model for a while. I got a box full of goodies from Aimee, and naturally I couldn't wait to try a few of them on! I haven't had a chance to work her much at the house because the arena needs to be dragged -- we had a freak rainstorm dump about 4 inches on us over the weekend (not complaining, because we needed the rain), but I haven't been able to drag the arena because the brushhog is hooked up to the tractor. 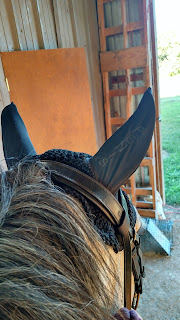 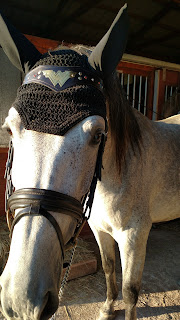 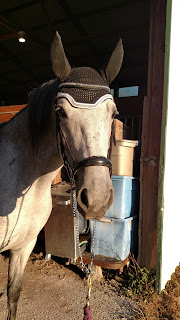 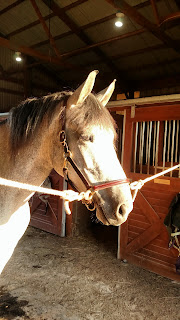 We are using the brushhog a lot more this year than in years past because 3 horses can't keep up with all the grass (which is  good problem to have I guess!). DH got the front paddocks mowed last week, so last night I took my turn and knocked out about half of the back pasture. Hopefully I can finish it up tonight -- although as I said, significant rainstorm coming tomorrow so won't be any point in dragging the arena until that's over, lol. Ah well. The work on a farm is never done! 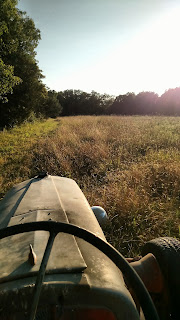 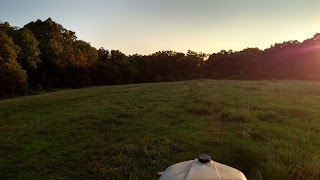 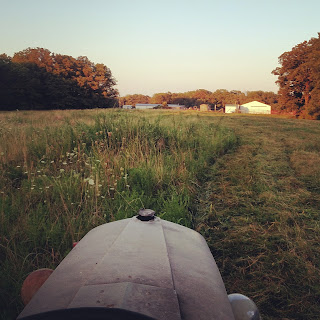 We have a few other miscellaneous little projects going on -- we bought some decorative lights for the front of the tack shed and another LED for my grooming area that I'm hoping to get installed this week. I also finally broke down and ordered aftermarket trailer screens for my horse trailer -- it's older, so the screened windows for airflow are annoyingly tiny, and it doesn't have bars, so I can't drop the big windows unless I install screens. I contacted the maker and they sell screens with install kits, but they are about $60 each. DH found some on Amazon for about $15 each. This let me lobby for a compromise of spending $30 each on the screens I really wanted.

The diesel is also back in the shop. What started as replacing a few small parts in the front end got slightly more complicated (and also, expensive). But that's fine, I'd rather know that it's ready to hit the road again when I get it back, because I have an exciting weekend trip planned in August! More about that later, gotta save some blog content, since clearly I don't have anything else interesting going on in my life, haha. 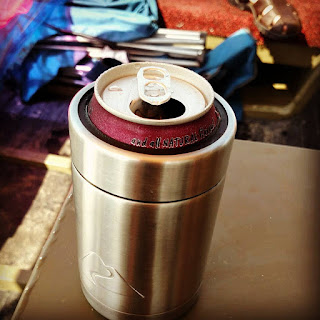 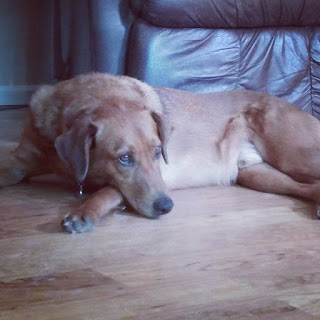 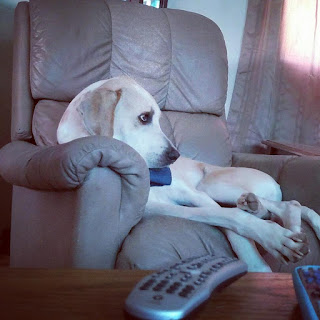 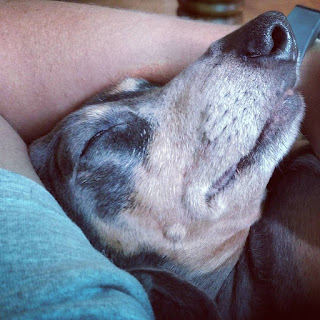 How about you? How is your summer shaping up in terms of weather? Are you a fair weather rider (like me), or a dedicated rider? (nevermind, I know the answer to that for most of you, I'm just a wimp haha).
Posted by ConfessionsofaDressageBarbie at 6:30 AM